A musical journey recreating the life story of Guy Paxton. Lighthearted mumble chatter throughout although I missed a lot of it since I was holding the speaker and couldn’t hear much but the music.

Kyrie – Mr Mister When I was young I thought of growing old, of what my life would mean to me, would I have followed down my chosen road, or only wished what I could be

Creation.  At the center of all things is a community of love. All things seen and unseen have been created out of the overflow and abundance of this eternal community; Father, Son, Holy Spirit.  So it was that on July 4, 1970 between the Franklin Mountains and the Rio Grande, Guy Paxton entered this world in El Paso, TX. At age 15, in same year Mr Mister released this song, Guy left home to find his path through this world.

Muevelo – Sofia Reyes Hey you, only you have it, you have everything and everything is starting, I only know that we are enjoying this life

Selfishness (disharmony). Straightaway, a siren song lured Guy off the path and thru the doors of a nightclub in Juarez into a life of self-serving and short-sighted pleasure. Instead of moving forward, Guy’s journey was taking him backwards.

Thunderstruck – AC/DC I was caught in the middle of a railroad track, I looked round and I knew there was no turning back, my mind raced, and I thought what could I do?

Consequences. One thing led to another and as is typical in these situations it wasn’t long until the wolves circled, and Guy found himself forced to work as a cartel mule running guns and drugs across the Texas-Mexico border. Scared and alone, he pressed on, just trying to survive one day at a time.

Awakening. One day after a violent machete duel out in the desert, Guy’s burro was slain and the Federales were able to cut off his escape route. They beat him unconscious and he awoke hanging from the ceiling in a Mexican prison. This forced him to take a hard look at his life. At night he would peer out through the bars of a small window in his cell and watch the rhythms of the sky as the moon and constellations marched west in the darkness and they spoke to him of He-Who-Holds-All-Things-Together.

I’ll Find You – LeCrae & Tori Kelley  The world tryna play with my soul, I’m just tryna find where to go, I’m tryna remember the way, I’m tryna get back to my home, but, I can’t do this on my own, that’s why I’m just trusting in you, cuz’ I don’t know where else to go, and, I don’t know what else to do.

A Turning Point. One night Guy managed to escape, and he ran for 3 days straight until he found a cave on the edge of the desert to hide in. Guy lived and foraged in solitude until a singing nun, Sister Maria Encarnación discovered his hiding place and began bringing him food, water, and books. It was there in the quiet of the desert, eating Sister Maria’s tortillas that Guy encountered the risen Christ.

Connection. God was not the only thing that Guy found out in that desert, he and Sister Maria Encarnación found love where neither of them was looking for it. Maria was forced to leave the convent and together they started a small farm growing corn for use in tortillas and tortilla chips. Together, they started the Santitas Chip Company and you can still see Maria’s likeness on the bag to this day. These were years where they learned to grow in love and trust and how to move in cooperation with God, men, and the earth beneath their plow.

Transformation. After a decade, the monotony of life began to press in as things settled into a routine of work and childrearing. But they kept their hearts open and pliable and God used the routine of their lives to teach them how to grow in gratitude, grace, and perseverance and as they grew they discovered an undercurrent of joy and holiness running through all that they did, no matter how mundane the task.

The Fire – The Roots with John Legend I’m inspired by the challenge that I find myself standing eye to eye with, then move like a wise warrior and not be a coward, you can’t escape the history that you was meant to make.

Conduits (harmony). Two decades in and the more that Guy and Maria contemplated with gratitude their lives and how far they had come, the more they were filled with a desire to share the Love that had changed them. They became conduits of love and grace as they channeled the strength given to them into strengthening and building up others and their community. Guy had done a full 180 from selfishness to self-lessness, from apathy to love, and from isolation to community.

Soy Yo – Bomba Estéreo Run back to the Parking Lot

Farther Along – Josh Garrels There’s much more to life than we’ve been told, it’s full of beauty that will unfold and shine like you struck gold my wayward son, that deadweight burden weighs a ton, go down to the river and let it run, and wash away all the things you’ve done, Forgiveness, alright. 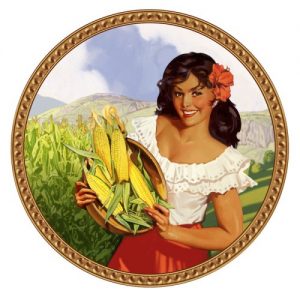 Join us at Max Bandwidth (Abbotts Creek Community Center on Durant Road) on Thanksgiving Day at 0700. A team of…

Foundations is the newest 3rd F opportunity available to PAX of F3 Raleigh. What is the vision of Foundations? My…