It’s the new year, and as I write this it has been 303 days since I was diagnosed with Cancer. I want to share my story with you, and to express my gratitude for everyone who supported me and my family through this entire ordeal.

Way back in February 2019 after feeling unwell for a few months I finally got my first colonoscopy – and was informed of a 3cm tumor in my rectum. I had no idea how this would set the tone for my entire year.

So, I did start right away. My treatment protocol began with chemotherapy. After having a port-a-cath installed in my chest, I received 50 hours of chemotherapy drugs every other week for 5 months – essentially over 400 hours with a 1.5″ needle sticking out of my chest, while poison was pumped into my body. It wasn’t the most fun thing I’ve ever done.

But hey, I got through it. Once chemotherapy ended and after a short reprieve, I began the second phase called chemoradiation, which involved a daily radiation treatment for 33 days plus an oral chemo medication. The pills were so toxic, nobody in my family was allowed to even touch the container.

I won’t go into all the details, but let me share that I wouldn’t wish chemoradiation on my very worst enemy. Although the first few weeks weren’t so bad (after the humiliation of lying on a table with my bare ass hanging out, getting zapped with a laser), the last couple of weeks involved lots of blood and pain. Thankfully, all along the way kind F3 brothers from all around the Southeast continued to check on me and offer my family support.

I finally conquered the radiation treatments and enjoyed another break in the action before the biggest challenge – surgery.

The final hurdle in my Cancer battle was surgery. Specifically, what I had done is called a lower anterior resection and proctectomy. My surgical team removed my entire rectum including 10 inches of my large intestines, plus 17 lymph nodes in the area. The remaining large intestine tissue was then sown directly to my sphincter muscle. The doctors separated my small and large intestines, and pulled the end of my small intestines between my ribs and through my abdominal wall to create a temporary ileostomy. After about a 5 day hospital stay, I came home with an ileostomy pouch, or as I like to call it, a “poop bag”, that collects waste. Changing the pouch and emptying it several times per day is not nearly as fun as I thought it would be. OK, it really isn’t fun at all.

I have the second (and final!) surgery coming up in mid-January 2020 to remove the “poop bag” and to reconnect all my insides the way they’re supposed to be. With luck, I will be able to use the bathroom normally by roughly the start of March – almost exactly 1 year after the beginning of my adventure. Boy, am I looking forward to getting back to the gloom!

I’ve never had to come back from something as severe as this, so I’m not sure how that will go. But I’m planning to complete the 2020 Get Your Rear in Gear 5K in March, an awareness even put on by the Colon Cancer Coalition. I might have to walk the whole thing, but I will complete it. And as many of you know, I keep a careful count of the number of days until the Blue Ridge Relay, which I am planning to destroy in September 2020.

I announced this already, but I’m now 100% Cancer-free! I’m about 22 lbs. lighter and very weak, but I made it. Thanks be to God and to my family. M Azul held my hand every day, and although Cancer sucks, she and I are closer than ever, and I wouldn’t trade that for anything.

I tried hard through this journey to keep my eyes up on the Lord, and to keep my family close at all times. But I drew so much strength from my F3 friends who encouraged me, supported me, and kept me in their thoughts. I have lost count of the PAX who kept in regular touch, came to do yard work at my house, brought us food, drove our boys around, and visited us when the going got rough.

This Summer will be 6 years for me in F3. Looking back, since that time I have gained more than 1,000 best friends!

The brotherhood of F3 is something really special – don’t take it for granted. Many of us have dealt with or will have to handle adversity, be that a medical diagnosis, divorce, drug and alcohol dependency, or the loss of a loved one. I can’t tell you how much all of you, my brothers, mean to me. The kindness and help you all have provided to me is a debt I’m afraid I never can repay, but I’m going to do my best.

Thank you all! I love you guys. 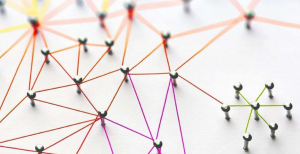 We learned exactly how strong the communities are across our Region. 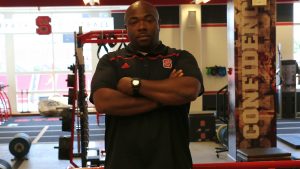 What a great opportunity to Q down in Carpex at Bounty Hunters this morning. Every time I post here, the…

If you're a site Q, here at the end of the year is a really good time to check the…