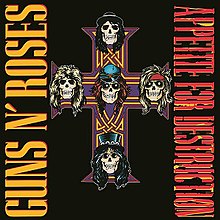 Though Slash was helping Q at the “other guy’s” Thursday workout, this Pax of 20 set out into the jungle-like, knee-high grass of lawn mower forgotten Roanoke Park to grind through a humid morning and prove that Heavy Metal is, in fact, EVERYWHERE:

Pax break into pairs, and then into two groups to tackle the two-circuit combo, with one Pax working while the other is occupied with the Mary exercise of choice of the pair taking a lap around the park for that circuit.  Pax alternate through each exercise and circuit as many times as possible.  Halfway through the workout, Pax switch circuits.

Circuit #1 (as many turns at each station as possible until relieved):

Circuit #2 (as many turns at each station as possible until relieved):

AFter ~2 rotations through each circuit, Mary credited for time served during the circuits

Get out your fife and drum as F3 Raleigh celebrates our 246th Independence Day with a convergence workout! Pee Dee,…

Announcing Recovery On The Run 2022, benefitting A Place at the Table! Donations may be made at this link. Donations…

Friends We are reaching out today to ask for your prayer and action. Neighbor to Neighbor has a new mentoring…

Friendship that Fortifies The percentage of men with at least six close friends fell by half since 1990, from 55…