WELL I HAVEN’T DONE THE BULL!

…So I sought to change that.  Never having felt #FreedToLead DZ before I knew that needed to change.  And I knew if I couldn’t go to the Bull I had to bring the Bull to me.

I trimmed the fat and made a lean mean Carpex bulling machine!  So here it goes…

– Run to bridge, 20 Merkins
– Bear Crawl bridge
– Run to stairs, 20 Urkins
– Run to bottom, 20 Squats
– Repeat all the way back to the shelter and scissor kick until everyone returns

– In the original the Bull platoons played a cute game of golfball collecting so that’s what we did…
– Each platoon on opposite ends of the bball court.  On my go PAX would race to the other side and grab a solo cup out of the fence and return it to their side.  Everytime you cross mid court you had to do a burpee.  This game was 3 mins.
–  Break for some flutter kicks.  Lots of flutter kicks in the original the Bull
–  Now repeat the game but with the bear crawl and bunny hop of the original the Bull… 3 mins again

We ended back at the basketball courts for some final things:

Since this is soooo late to get posted I won’t put announcements and prayers.  I don’t really remember them exactly 🙁 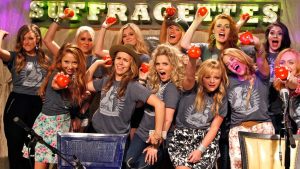